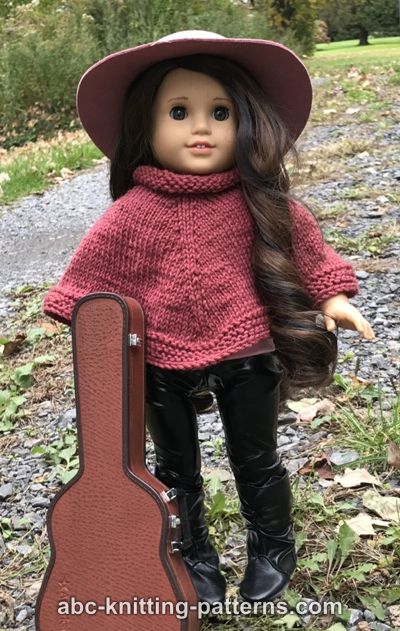 Face the elements in style with this knitted Wild West Poncho for your 18-inch Doll!

Skills Required/Techniques Used:
-Knit & purl, cast on & bind off
-Increasing: make 1 (m1)
-Working in the round either on double pointed needles or circular needles

Size: fits 18-inch dolls like American Girl, Our Generation and other dolls with similar body.

Stockinette in rounds: all rounds knit

Garter stitch in rounds
Round 1: knit
Round 2: purl
Repeat 2 rounds


Short Overview of the Pattern:

Loosely cast on 38 sts, close into round, place a marker to mark the beginning of the round, this is the first marker, slip marker white working.

Work 10 rounds in stockinette- all rounds knit. While working round 10, place markers:

Round 12 and all even numbered rounds: knit all sts, slip markers while working.

Repeat rounds 29 - 32 two more times. If you want the poncho to be longer, repeat these 4 rounds 3 more times.

Work 8 rounds in garter stitch: Odd rounds purl around, even rounds knit around. 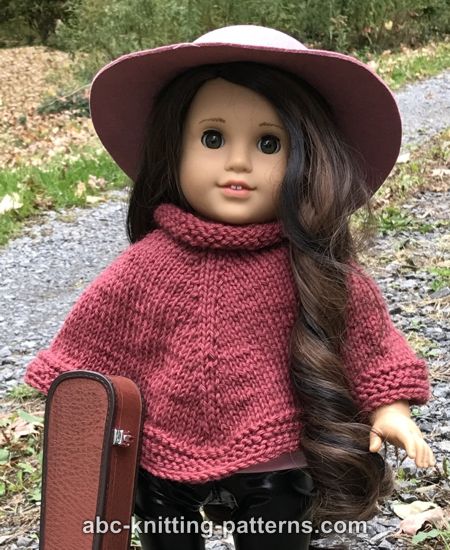 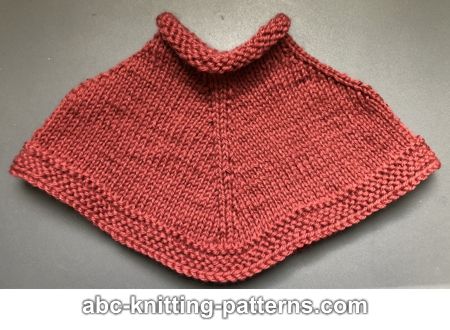